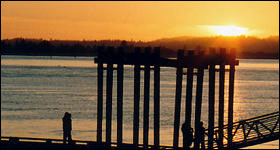 Welcome to our Blog, enjoy your stay!

Morand , a co-founder of CSO university of Douala , he started that revolution on campus with a lisette one of our Member who is now in USA .

he came from south region of Cameroon, he does Law and Political science, he has been president of CSO for 3 years, now he is serving in the board of Communication with Joe.

Patrick also came from South region of Cameroon, he came to Douala one year after the creation of the CSO , his aim when coming here was to sustain that new organisation, for he has been developping the spirit of CSO when he was still at Ebolowa, he used to share CS with others ,so  his love for CS enabled him to come the biggest city of Cameroon, where he didn't know a lot of people apart of his cousin and morand for all his family is at Yaoundé the political capital of Cameroon.

he study psychology at the university of douala, he also went to class instruction to Ibadan ,Nigeria, on november 2007, so he is working to enter to  the CS public  practice after he graduates.

He has been the communication manager of CSO for 3 years, now he is serving as Clerk.

his name is franck our current year vice president, it was not easy for him to attend our meeting since he has found a job in an Internet network provider  named  Ringo , he has just stolen a little time from his job to attend that meeting with ABF.

ABF visit to the Campus

on of communication  board agent, his name is Joseph we affectionnaly call him Joe, he is one of CSO practitionner, he is not a listed one but he really embodies the spirit of a spiritual healer , a deep metaphysician . His interventions during our meeting or in person have a healing impact.

He studies laws and political science

here is Dominique Bita'a, our actual CSO president , he is doing finance. he has  a very funny way to amuse everyone  .

We were very happy to welcome ABF again in our beloved country , they specially came to meet us in order to inform us that they are going to help us  by giving grants to active christian scientists and see how they can do it .

here , we met them in the campus of university of douala, in the famous place  MONT DES OLIVIERS,  a special  place where many student associations meet together

our treasurer honorine is serving us juices

Science and health , a best seller on spirituality and healing  is a spiritual tool for university life; it gives students spiritual means to deal with academic and any problems through a clear knowledge and understanding of God.

Students manifested a real interest  for many who came for the first time, have many questions about Christian Science, that they asked  to the lecturer

After the lecture , our bookshop was filled with people who wanted to buy  Science and health,a best seller on spirituality and healing .which contains the discovery of Mary baker Eddy  made  on the teachings of Jesus Christ, she discovered that Jesus healing work  were not just miracles as people  thought; it was Jesus understanding of divine laws  that enabled him to do his work , so the divine principle was the basic of his great works and speech, he taught divine science when understood gives anyone a spiritual capacity to heal  any illness with prayer.

The lecture did bring  many students , regardless of the fact that many of them were on holidays  because of the universities games organised in yaoundé at that period .

the DJ BOBO  has offered his high tech assistance, even if his presence here was of his business but he was really interested to  the lecture too !

During our lecture, we have had two interview : one on radio RTM in the picture just after the metaphysical day, the other interview was with a local TV station  named Equinox , it was made in the lecturers hotel  IBIS at Bonanjo

The lecturer was reading his conferences program in Douala:

The lecturer has such a funny and deep way to interpret things, he used to make us laughing .

her name is Honorine , our CSO treasurer, she as our mother , for we use to call her Mother because of her tenderness, and motherhood love that she expresses so naturally. she is a real metaphysician, a CS practitioner, she has such a deep way to conceive things and to understand them , her interventions during our CSO meeting  have a great impact in our understanding of divine metaphysic.

CSO team with the lecturer and some of our elders after the Metaphysical day . We were very happy after such an encounter.

CSO team with the lecturer and some of our elders after the Metaphysical day . We were very happy after such an encounter.

Mrs Alice Priso CS a christian science practitioner from Douala, shedevotes her time to help people to deal with human challenges by prayer, she a christian healer.

Mr Lyle Young,CSB  an international lecturer, Christian science practitioner and teacher from ottawa, Canada, we were very happy to welcome him here in cameroon for organising a lecture  , the title was : YOU CAN CHANGE THE WORLD TROUGH PRAYER

here is Landry Atangana CS , a christian science practitioner from Yaoundé and a member of CSO of that city too, he was with the lecturer during his lectures trip

CSO team with the lecturer

just after the lecture, we got that  picture with Lecturer, there is our actual CSO team .I think it's such a joy to see those healers so motivitated to help others .even if most of our members are not still presents, we continous to be very active in our campus.

There is a sign of progress in our CSO for two of our members are now abroad to study , and four other members have found  jobs ! and those who remained, work actively  in their branch churches and on the Campus to touch many , and the was that for the first time , 33 students ( 24 new students)  were among the attendees

The metaphysical work sent by the lecturer in order to better prepare for the lecture was the cornerstone of the success of that event. Our CSO was dealing with a dark period of discouragement due to the fact that most of the members were not still presents, some have gone abroad to study, others have found jobs, so the little group which remains  was not still motivated as usual , but the metaphysical work was such an awakening ! It remind us of the story of Jesus’ disciples who were also dealing which such a discouragement after the crucifixion of their master, they even went back to their former activity: the fishing but as they went on , the Christ’s love didn’t leave them alone ! They were awaked by their master recommendation to cast the net to right after obeying they cashed many fishes and recognised Him.

We too were awaked by the understanding that Our Father-Mother God’s was still with us, we just have to be grateful of  our CSO’s progress !  therefore  we got the motivation to go forward  with our purpose to bring the healing presence of CS to our community , as we prayed , news ideas  how to better connect with the campus community and continuous to pray ; the result was that we organised a proximity publicity week  in order to advertise both for the lecture and our CSO , a Pan African Student Association  also invited us to assist to their meeting in order to talk of the event   students were really interested . Some students even requested a prayerful support to a CSO member, and they were helped.

Bravenet Blog
Get One For Free!
powered by